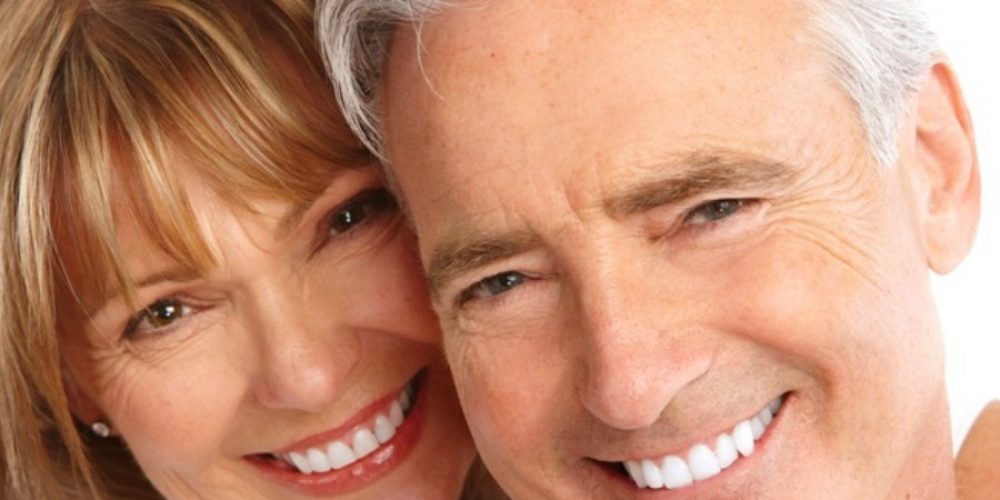 We used to assume that older people wear dentures but also that they feel discomfort with them which is the most common reason they just don’t use them. The fact is that the most precise manufactured prosthesis requires a long period of adjustment to get used to the patient and inherent disadvantages such as mobility, change of taste in the mouth, palate irritation and nausea are things that you just have to accustomed. Use fixing gels ( “prosthesis adhesives” ) partially solves the problem, since the momentary effect can put us in uncomfortable situations when dealing with others.

Once made of plastic dentures are not eternal as gums which lie on change as a result of atrophy of the underlying bone. Atrophy of bone in toothless areas is a physiological process that can not be stopped. Because of this gaps are opened with the time and dentures become loose, uncomfortable and begin to fall during a meal and talking. At this point need either replacement with new or rectification by “filling” of the newly formed gaps with new plastic or etc. relining the prosthesis which is performed in a dental laboratory.

Patients wearing dentures permanently lose his composure and had to give up certain foods and be careful when talking. Wearing dentures often makes a person does not feel full to interfere in communication and can not freely express emotions to prevent falling of the prostheses.

The stability of the upper denture is always better than that of the bottom as it lies on a large area using the entire palate. Anchorage of the lower denture still remains a very difficult problem to solve in dentistry.

When all teeth  are missing the jaws very quickly atrophy and their bony ridges where dentures are hold quickly melted. At some point dentures themselves become completely useless because they do not attach anywhere in the mouth. Create a solid base for dentures is a major problem in prosthetic dentistry.

Dental implants dramatically improve the ability of traditional prostheses to be used in much greater stability. Implantation of 2 or 4 implants and a slight revision of the already worn prosthesis allow it to “clicks” and locks in the mouth. The connection between the prosthesis and implant resembles button “tick-tock”. Implants are placed on upgrades type “ball” ( preci ) and the prosthesis is placed “join well” ( sagix ). In snug fit of the prosthesis on the crown both come close each other providing significant stability.

Developed systems are ready for the production of such “over-implant” prostheses equipped with all necessary elements. Making them is quick and convenient and with the presence of the plastic prosthesis can make the correction into the dentist’s office without having to send the prosthesis to the dental laboratory. This procedure is easy and provides a dramatic improvement in the function of the prosthesis.

The difference is immediately noticeable – dentures literally stop “to fall” and concerns of incorrect speech and inability to effectively and safely feeding are eliminated entirely. Dentures are supported in a conventional manner – retrieve once or twice daily and washed after a meal.